What does it mean Tro Breizh ? 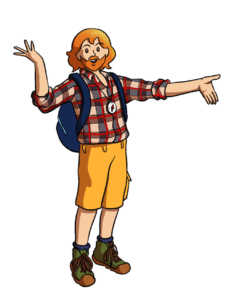 Let’s go for a whole “Tour de Bretagne” on Tro Breizh ®’s paths!
Almost 1500 kilometers, gathered in a magnificent loopthat you can accomplish in several steps or just planning
ta do it in one go.
A centennial journey which immerses you in Britain’s History…From wild moors to colored heaths, from stunning seashores landscapes to old standing stones, without forgetting mysterious legends…

The Tro Breizh ® isn’t an ordinary hiking, no places to link, only a loop to wrap up. Every one of you can create his or her own path, following Brittany founder steps’, before returning to the starting point…transformed ! 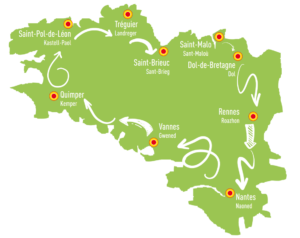 Tro Breizh® or a loop to wrap up

Back in the Middle-Age, the Tro Breizh ® is known as “Tour de Bretagne” or “Pèlerinage aux Sept Saints”, (Seven Saints’ Pilgrimage). At first, it took place in the ancient Christian’s tradition and druidical culture. As famous and important as Roma, Jerusalem or Compostelle’s pilgrimages, pilgrims started walking two weeks before Easter, Whit Pentecost Sunday or before Christmas, to accomplish this Historical Loop in a month…following the Seven Founder Saints’ steps.

Migrants made Brittany ! As far as we can remember, Brittany and Great-Britain, always traded and created commercial paths via the sea.

From the 3rd century, population moved from Great-Britain to militarily help the Roman Empire. They actually needed troops in Brittany, to resist against pirates and other invaders.

From the 5th to the 7th century, whole communities crossed the Channel, with monks and saints to settle in a Brittany, then ready to welcome them. The reasons for crossing were various : 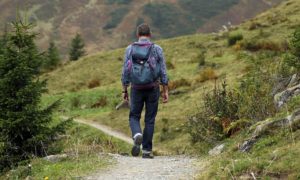 An old story says that, accomplishing your Tro Breizh ® during your life is a certainty to reach paradise. But if it’s not the case…You should do it after your death, moving each year the distance of your coffin’s length…What a creepy programme !

Something is sure…The Tro Breizh is a unique hiking, a holly journey ! On the road, no place to link, only a loop to wrap up, in a trip which tells you Britain’s History. Doing the Tro Breizh ®, it’s trying to immerse you in your own thoughts. A kind of interiority’s path which assures you that you won’t be the same returning home ! Kilometers and meetings bring you back to the essential, furthermore your essential !

A clockwise hiking, the Tro Breizh ® is following the rising as a main direction ! Being back at the source, your source, where everything stands up, where everything can be built, where everything seems possible. Let go the lost ones in l’Ankou’s arms (the Grim Reaper), making possible your own path and steal some extra time…The old path making new pilgrims !

In 831, Nominoë was named by Charlemagne’s son, Louis le Pieux, Comte of Vannes, and sent by the Emperor to Brittany.

Nominoë became the King of Brittain. He picked Dol-de-Bretagne, to be his metropolis, linking the town with the six others bishoprics, naming their bishops.

Trying to free himself from Tours’ Chruch, Nominoë is winning his independence concerning the Carolingian power. He built the Kingdom of Brittany, drawing the borders, giving it a soul, according the primacy to the Seven Saints Founders and welding the Bretons around one sacred land. 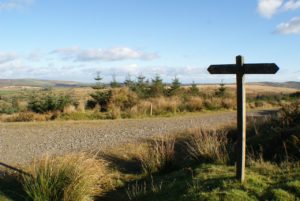 Seven Saints exactly like the seven stars in the Great Bear. Seven stars all linked, drawing each night a visible track in the sky, reflecting on the real Earth the exact location of our cities ; Quimper, Saint-Pol-de-Léon, Tréguier, Saint-Brieuc, Saint-Malo, Dol-de-Bretagne and Vannes. Stars giving birth to Cathedrals…Where the sky meets the ground, telling Human History…

Near Lanrivoaré’s Church, we can visit a huge graveyard, called “7777 Saints’ Cemetery”. Who are they? Brittany Saints’ Pantheon ? Christians martyrdom, all killed by Normans ? The number 7 never ends ; it shows perfection, the entirety, the fullness and that’s why Tro Breizh ®’s pilgrims honour the Seven Brittany Founder Saints.

Between History and Legends, the Seven Saints are mentioned, from the 9th century in hagiographical stories.

Through stories and legends, the Seven Saints are mentioned from the 9th century, in hagiographical stories. We hear about them in Childebert King’s court, on a mountain summit or even talking about seven twin brothers. Even Renart’s roman and Roland’s song mention the Seven Brittany Saints’ Founder.

In the 13th century, an investigation for Saint Yves’ canonization is open. It gives people the right to testify about that specific Seven Saints’ pilgrimage.

In the 14th century, around 35 000 people walk on Tro Breizh®’s paths, representing 5% of Breton population. It is also the time where the “Circuitus Septem Sanctorum Britanie”, (Seven Saints’ Pilgrimage), is named as Tro Breizh ®.

Pierre Le Baud, (historian in the 15th century), explained how we had to count 9 founders instead of 7. Now, we have to deal with Rennes and Nantes, walking of the Tro Breizh®’s paths.

In 1505, Brittany welcomed the Duchess Anne, starting her Tro Breizh®, accomplishing the promise made to God. If God could save her husband’s life, the King Louis XII, she will do the Tro Breizh®. From Nantes, she joined Vannes, then Quimper, Locronan, Le Folgoët, Brest, Saint-Pol-de-Léon, Morlaix, Saint-Jean-du-Doigt Tréguier, Saint-Brieuc, Lamballe and Dinan, where her journey stopped. 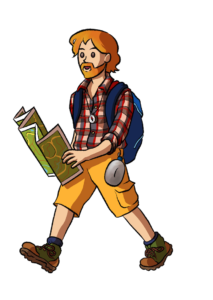 en Le Chemin
What does it mean Tro Breizh ?